After a week of bad luck & a shortened final day has left five-time Australasian Safari winner's Bruce Garland & Harry Suzuki wondering what might have been after finishing 3rd outright in the 2010 event.

"Today was a really good day and the D-MAX is just awesome in the sand," says Garland after a total of 55.3km in four stages, around the southern WA coastal town of Esperance.

The Isuzu Motorsports Crew won three of the final day's four stages and clawed back some time over the shortened route (previously set down as 86km's), but not enough to end up where they wanted to be.

"We've had some really bad luck with punctures this week, and a broken driveshaft, but that can be the nature of this event, you just keep on pushing and do the best you can & that's what we've done. The car went extremely well. It's really good to drive and we are extremely pleased with it. We'll take a bit of a break on the way home and then look forward to whatever the future holds."

Garland & Suzuki have equaled their result of last year - third outright and first diesel. In a 2011 Dakar-spec D-MAX they hope to better their result. The new D-MAX Ute is lighter, faster and better handling then it's predecessor but still based around the D-MAX's steel cab and chassis frame.

More then 100 competitor's - including 25 in the auto division - entered this year's Australasian Safari.

The Xtreme-Sponsored Isuzu D-MAX is running an Xtreme Outback Clutch Kit (Part No. KIZ28006DSBHD) which has been specifically design to handle the rigors & conditions of Rally. 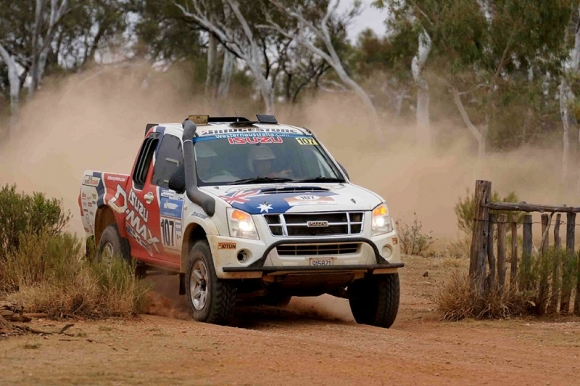